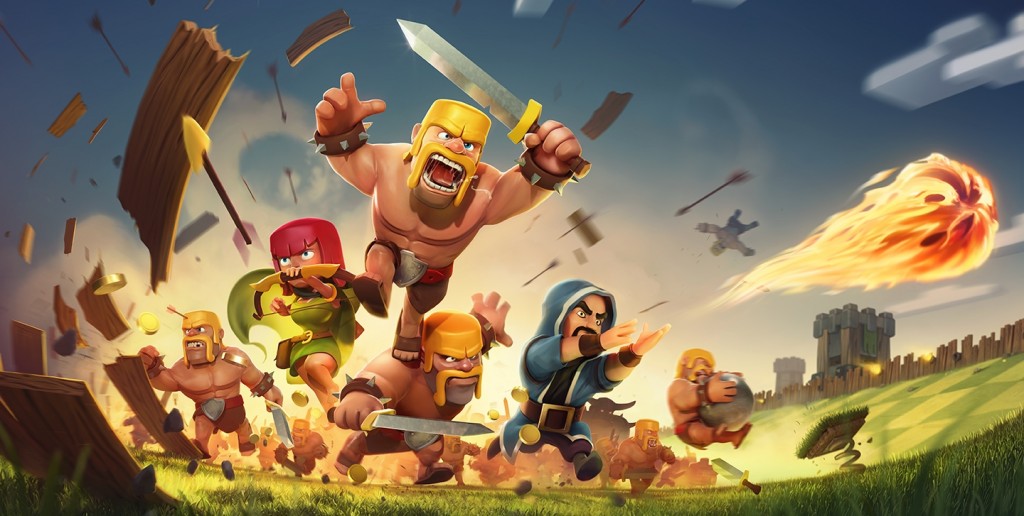 Ultimately there is one main goal in the game. You want to try and get as many trophies to help you gain ranks in League’s so you can eventually hit the max League of Champion which basically means that you are the man and god of Clash of Clans. Gaining these trophies are achieved when you attack another city or are being attacked yourself.

If you are attacked from another player and win that attack then you are awarded these trophies.

Same goes with if you attack another city and win that attack as well.

How To Reach Your Goal

Since trophies are the way you gain ranks in the League it is important to have a good strategy plan in place to maximize your chances of getting these trophies. This can be done in two way depending how you want to play.

While both are important to master at the same time, both are not required to gain trophies at the same time. Now that does not mean you have to pick one and master that skill only because there are good and bad things about picking only one, but while both type of strategies are important to learn you actually?have to learn one of them. Next we need to explain exactly how trophies come into play when attacking or being attacked.

One main point I want to let you know is that you do not have to obliterate a city, or be obliterated in order to win trophies. Many people think they have to destroy a city at 100% in order to win. That is not the case with Clash of Clans.

In order to win you simply have to defeat the other player at 50%. So if you are attacking another players city you only have to destroy at least 50% of their city. Once you do you are going to win so the more the better. But you don’t have to go all the way to 100%. Now if you destroy more than 50% you will get more trophies so make it your goal to get to 100%, but once you hit 50% you will not lose any trophies which is like playing poker and both players have the same hand. You didn’t lose any money, but you didn’t win any either and that is a win either way.

The same thing goes the other way. If you are being attacked from another player then you want to prevent that player from destroying more than 49%, If they get to 50% the other player wins. So if you have a good defense strategy in place you can prevent other players from getting to that 50% destruction.

Also the faster you can defend/destroy your enemy?the more trophies you will gain.

For instance if you can prevent an attack and only let your enemy destroy 10% of my city, you will get more trophies as apposed if they destroy 45%.

Same thing goes the other way. The more percentage you can destroy your enemy the more trophies you will get. So 75% destruction is better than 51%. Ultimately your goal is 50% at least, but it’s not a lose if you only get to 50%. You will begin winning trophies at that point.

It’s All About Defense

Since you can’t control when someone is going to attack you (and they always will) you are going to want to definitely?concentrate on getting your defenses up in the game in order to prevent the lose of these?trophies.

There are many ways you can build a good defense strategy, and there is no “one fire proof way” to build a city to prevent max damage. But with a few methods and good planning you can get your city to the point that many cannot touch it or even destroy it “much”.

One of the best ways you can maximize your defense for Clash of Clans is by building your city right. Placing walls and defense with resources in strategic places to prevent loss of buildings, resources and of course trophies.

There is no sure way to build a city, you have to spend some time trying out new ways and see how it works. If it doesn’t then make a new one and keep trying new layout until something does work for you.

What I can do is show you my layout and what has worked for me. On average I am able to defend my city 12 times before I am defeated.

Here is my layout 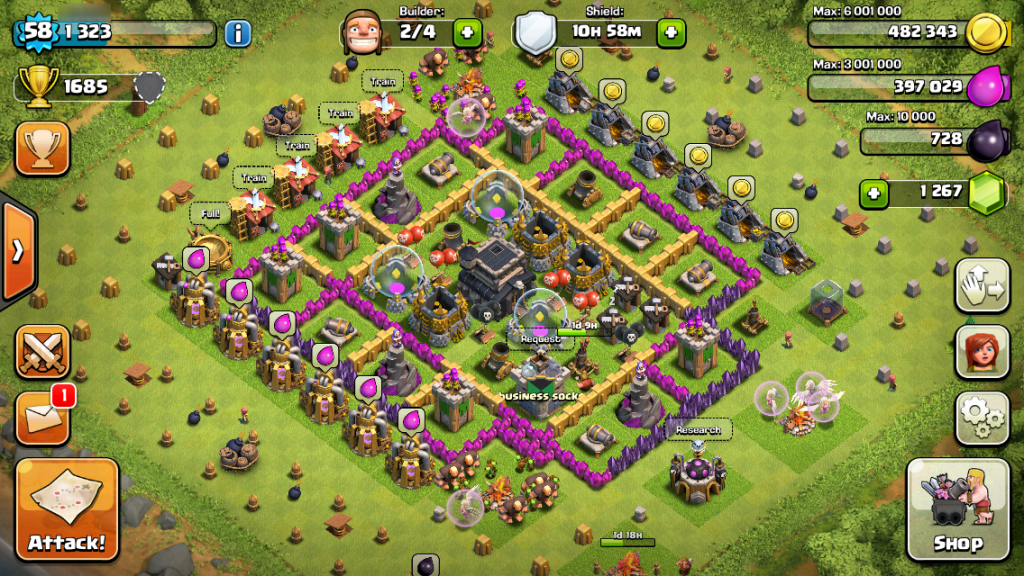 As you can see in my layout one of the key things that I do is place my defenses around my resource tanks while leaving my resources mines on the outside. The reason I do this is because I want to entice someone to attack me all the way to the center. You see when someone attacks you they want your resources and so they are going to have to get all the way in before they can get the majority of it. Yes I have the mines on the outside but as long as you keep those constantly empty there will not be much in there for them to get.

Along with my defense I have placed most of my giant mortars in the middle, again this is so they stay protected as long as they can and do the most damage before anyone can get to them. Also my outside defenses are located close enough to my mines so that they can attack anyone who tries to destroy the. The range of the defense will even reach archers even though they are farther back.

You can see that I also have placed single pieces of walls all around my city. The reason for this is they produce a longer barrier for the enemy to place its troops. You want to make sure you place them close enough so there are no spots where your enemy can place its troop. This forces your enemy to start placing their troops farther back when starting so they have a longer time to get to your city which only give you a few more seconds to kill them. Trust me a few extra seconds can make or break you in this game so take advantage as much as you can when trying to make the enemy take longer to kill your buildings.

Now you might be thinking that by placing so many buildings outside of your walls is a bad idea, but I have experienced that it has not effected my defense in anyway. Most enemies still take a while to try and down them, and with my defense so close I am able to kill them fast enough before they destroy to many. REMEMBER it’s just a matter of keeping your destruction to less than 50%. As long as you can do that, YOU WIN!

Come And Get Me

This is how I play my game. I am a defense guy, not really into attacking. Since you can get trophies both in defense and offense then you can choose which one you want to play the most. The only thing to remember as I mentioned before is that you HAVE to have a good defense either way because you will always get attacked, so you need to focus on this as much as you can. Constantly upgrade your defense structures as much as you can, the higher in level they are, the better you will defend yourself.

That is totally fine too, in fact if you can build a great defense and get the right troops and strategy for an offense then you will gain trophies even faster. In fact if you play both you can get trophies twice as fast, but again you don’t have to play an offense strategy to get trophies, but you do need a defense strategy since you do not have control over when someone is going to attack you. You can choose when to attack though so that is up to you.