Being in the tech industry for over 15 years I have heard every possible complaint and/or question in the book. But by far the biggest complain/question I get from the majority of the people is “My computer is slow” or “Why is my computer so slow?”

or you could do it the harder way, I prefer the hard way.

Well to be honest there are many reasons why a computer may slow down. In fact there could be at least 100 of them that I could think of if I wanted to spend the time and write each one of them down. The truth is there are actually only a few main ones that you need to know about which tend to be 90% of the problem most of the time. All the other issues are to small to even worry about.

Before I begin to tell you what may be causing your computer to slow down, let’s start with some education and explain to you some misleading information and pretty much bogus mumbo jumbo out there that you might here from a technician or even someone who thinks like a “geek” and part of a “squad”.

Things techs say that are total crap (most of the time)

Yes all of these “can” slow down your computer (except for the Windows reference) in some sense if they were actually true, but most of the time techs will say this to make it easy for them and just have you buy a new computer. Most of the time they just want the easy way out or really believe that and do not really know.

The truth is that none of these are real answers to your problem. Like I said before there are just a few things that tend to be the problem most of the time…so let’s discuss those.

First to make sure you understand me correctly a hard drive is not the whole computer or tower that sits on the floor. That is call a “Tower”. When I talk about a hard drive I am talking about a small component in your computer that stores all your information. It is just a piece of hardware in your tower (Figure 1.0), not the whole thing. 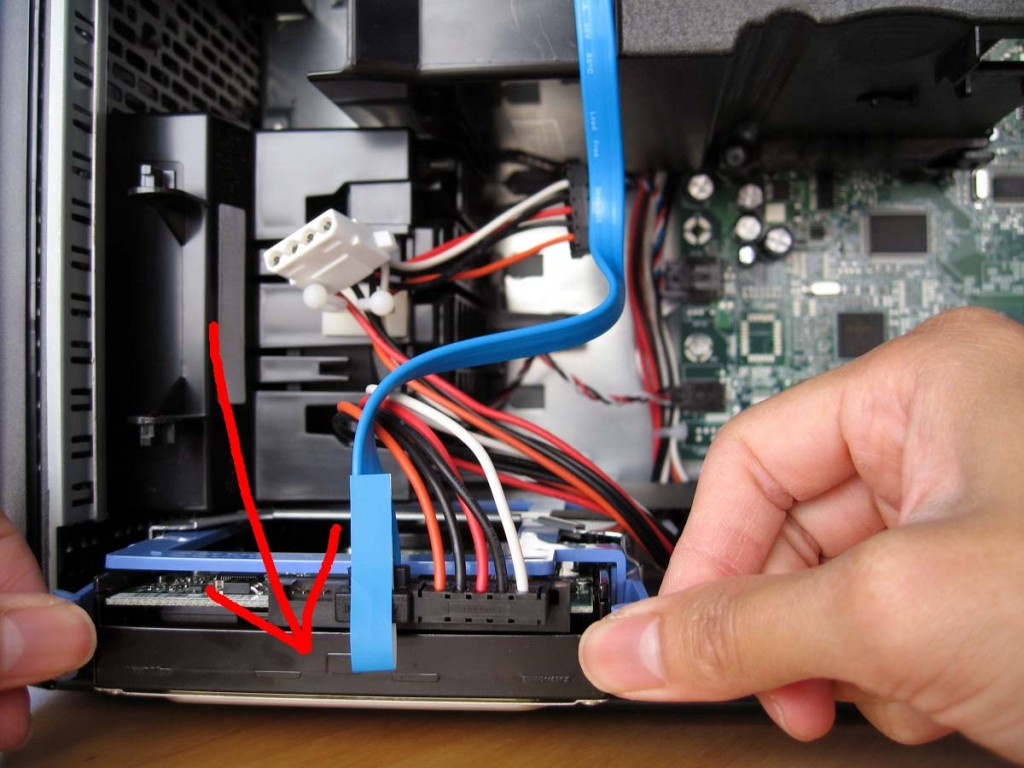 Of all the issues I have come across when it comes to a computer slowing down it is because of the hard drive. This has changed recently to a new invention called the Solid State Drive which I will discuss later.

The reason a hard drive 99% of the time slows your computer down is not because it’s full. Its because it begins to get old. And just like when you get old you slow down. A hard drive works the same way. You see a hard drive contains a spinning disk which has RPM’s just like a car. And when that hard drive has been working for some time it will begin to get tired and slow down. As it gets slower, so does your computer. In fact this is my #1 reason why most computers slow down.

The greatest change you can make to your computer is get a new hard drive. This is going to involve someone (or you) having to install the hardware and re-install your operating system and getting all your files off your old computer and moving it to your new one.

Ok I mentioned this before that I would get to and its SSD’s. These are a new type of hard drive that has come out in the recent years and is by far the greatest advancement in computer hardware when it comes to speeding up your computer. In fact a SSD can increase speeds up too 10x, especially if you were having some major slow speeds. SSD’s are flipping awesome, but come with a price. Being new they are more expensive than an old one, but OMG so worth it. I highly recommend you get one whether your computer is slow or not if you don’t already have one.

If you want to get the most bang for your buck I recommend you get a SSD from Crucial. And all you need is a cheap one like a 120 Gig

The last thing most people think is that the internet is making their computer slow, but it does. First you have to ask your self at what points are your computer slow?

These are important questions to ask yourself because it determines what’s really causing the problem. When you are on the internet and web pages take forever to open does not necessarily mean the computer is slow, its your internet server that could be slow and you mistakenly think it’s the computer. One easy way is open a program like Office or something and see how fast it opens. If it opens as soon as you started it, then most likely its your internet that is slow, not your computer.

Want to see how fast your internet is? Go to SpeedTest. Great tool to test this. Anything less than 1M is Way to Slow! 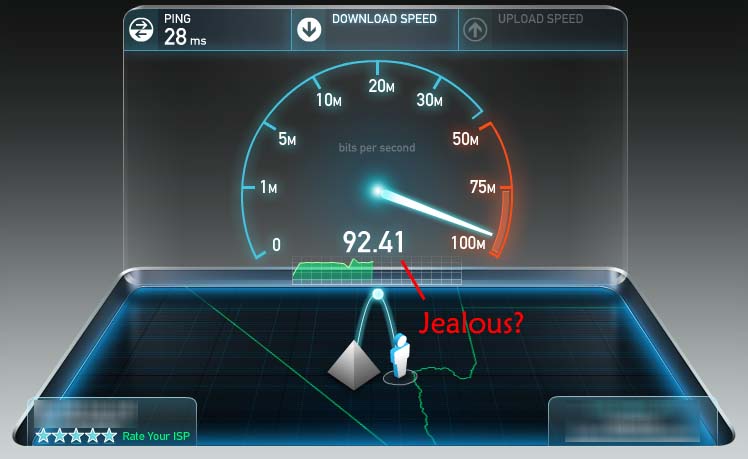 Another issue in regards to the internet causing your computer being slow is your router. Your router is usually the thing you either get from your Internet Service Provider (ISP) or it a separate device you bought that gives you wireless in your house. If you internet is slower than expected restart or reboot your router. In fact just reboot everything you have for your internet. Many times the router is slowing your internet down and you just need to simply restart it.

Memory is a hardware that stores data as you use your computer. It needs to use this space to put things as you are using programs. If you do not have enough memory then you will start to see some slower speeds. The reason is when the computer runs out of memory then it will start to use your drive in addition to put some of this data. And if you already have a slow hard drive, guess what? It will just get slower.

You always want to make sure you have enough memory in your computer to handle what you need to do. If you are a regular user that surfs the net and uses Microsoft Office or some other word processing program then usually what comes with computer is just fine, but if you are using bigger programs like photo editing programs like Photoshop or video editing when you are going to want way more to ensure you never run out.

You can check to see how much memory you are currently using.

Malware is software on your computer that pretty much just wants to get you buy something that you don’t need or will trick you into thinking you have a problem and in order to fix it you have to buy their product. The truth is that when you buy their program you are pretty much buying something that will remove the program and the problem goes away. Many times your screen will be full of popups and messages that will slow your computer down.

The problem is sometimes it is very hard to remove these programs because they make it that way. Most of these companies that own these programs are overseas and not under US law which prevent companies from producing programs like these. Sometimes its easy to have them removed and sometimes it’s easier to just wipe out the computer and re-install everything over again. That’s when you want to get a new SSD that I talked about earlier 🙂

Malware is not a virus, it’s software that has either been intentionally or unintentionally installed by you. Yes 99% of the time you installed it has much as you want to believe you didn’t. I hear it all the time. “I never install anything” You don’t have to install something. You ever had to update Java. Adobe Reader? Guess what, when you run updates with those type of programs you install other software with them. You don’t know what unless you really pay attention to what you are doing when you update them. If you leave all the default settings when installing them you are going to install other crap you don’t need.

When ever you are installing a program and it has an option like “Advanced Setting (for experts only)” don’t be scared, you are not going to break it. They just want scare you into not choosing that option. When you do choose the advanced option just keep clicking until you get to a part that tells you its going to install something else like a toolbar plugin or another program. Then tell it not to by un-checking the option and you are golden.

There are the 4 main things I come across from my experience when it comes to your computer slowing down. Hope it helps