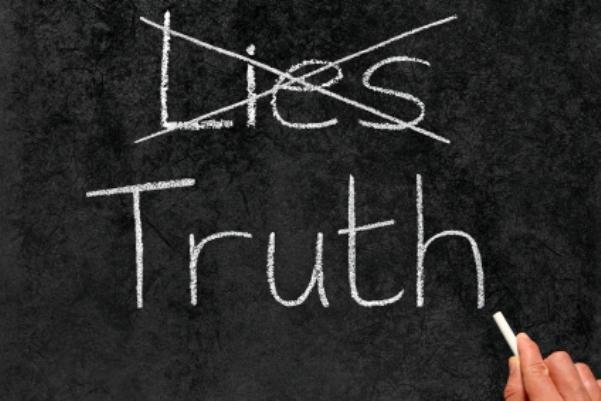 The reason I am writing this post is because the one thing I have learned in my life is how easy it is to manipulate someone’s mind to make them believe something that this not true. I mean, it’s actually quite easy to be honest.

Most of the time when someone you trust tells you some kind of “fact”, you will take it at face value and reiterate it over and over to others slowly passing on a lie having no idea you are just infecting more minds with an untruth without and willingness to research what you learned and find out if it is actually true in the first place.

Let’s take one recent conversation I had with a friend. I was sitting next to a friend of mine as they were talking to someone about blood. She went on to tell her friend that blood is actually blue, but when it is exposed to oxygen it immediately turns red.

You know how many people actually believe this to be true? Well it’s not. It’s actually a Dark Red, but many believe it is blue because that’s what they are told.

This is just one example of a lie that can be passed on so much that it eventually becomes a truth.

Remember when everyone believed the world was flat?

Remember when everyone knew the Earth was the center of the Universe?

Remember when everyone knew there are no Extra Terrestrials (Aliens) out in outer space? OK I’m kidding about this one, but…

Anyways my point is that it is not a bad thing to question someone. Actually it’s what we should do. I can’t tell you how many times my friends are annoyed at me because I will get that look on my face when they tell me a “truth”. They know I am questioning what they just told me in my head and most of the time they tell me”Go ahead and research it, it’s true”

It’s not that I don’t trust them, or think they are dumb. It’s that sometimes somethings I hear just don’t make sense. If you apply basic common sense to anything you will have a basic principle to start with when it comes to what you hear.

Take this one for instance:

Does it make sense that the Sun causes cancer when for millions of years man kind has lived outdoors basking in the sun. Also one of the most vital nutrients our body needs (Vitamin D) comes from the Sun. How could something so vital but so deadly?

If the Sun causes cancer and this were true then wouldn’t seem likely that everyone up to about 500 years ago would have died from skin cancer? Wouldn’t there be evidence from corpses on their skins like this photo?

Aristotle was “The Man” during his time. He was considered to be one of the smartest philosophers around. He believe that the earth was the center of the Universe, and guess what. Everyone else did too. Grant at that time their technology was limited and it would be hard to disprove something like that, but it just shows you how many can believe a lie so much that it becomes a truth.

And Yet Another Example:

Why do you eat a low saturated fat diet? Well saturated fat is bad for you, it causes heart diseases?and can kill you. So you live on eating your low saturated fat meats like Salmon and Chicken Breast and eating a diet of high Whole grain and vegetables thinking you are eating healthy.

You know how many times the FDA has told us that eggs are bad for us, then they are good for us?

Does it make sense that in the last 70 years diabetes, heart diseases?and cancer is on a continues climb and we are considered the unhealthiest society every, when we have a gym at every corner and we eat “more healthy” now than society in the past?.

When 70 years ago and all the many years man kind has been alive that fat was never an issue and people ate whatever meat they wanted (fat and all)?

Does it make sense that “fat” being bad for us is only a 70 year old concept and yet our health has declined since then?

If you want to read more about what I am talking about and how a man named Ancel Keys screwed everything up start here?and read this to see how the decline of saturated fat coincides with the increase in heart disease.

What I am trying to say is that you can’t believe everything year hear, and take it for face value because to be honest there are a ton of idiots out there who we call experts.

And please if you take anything from what I just told you take this, just because an expert on some TV show tells you some kind of truth does not make it true.

Do you research and learn. You will be shocked what you will find.