So I have been with at&t since 2001. The reason I know this is that I moved to Las Vegas 3 days after 9/11 (R.I.P) and then I started a new account from Verizon to at&t. Remember that this was 2001 and Verizon did not have the digital market at that time, especially in Vegas…they were all about Tri-Mode then and I lived in Santa Cruz where Tri-mode was a necessity?when it came to all those damn mountains and trees.

So I have been pumped about finally leaving at&t to go to T-Mobile…Why? Well T-Mobile’s CEO presented an awesome speech at CES (in Vegas)?about how they are going to change the whole mobile industry and stick it to other competitors and their 90% higher markup.

I must first defend why I am with at&t at this point. The reason is that I am grandfathered in with the unlimited data plan with at&t, but personally am sick of getting throttled. Seriously is 27 gigs a month really that bad?… yeah I watch to much Netflix.

So?John J Legere the CEO of T-Mobile goes on and basically sticks it to all the other mobile carriers. Not only that he crashes a at&t party and gets kicked out. AWESOME!! 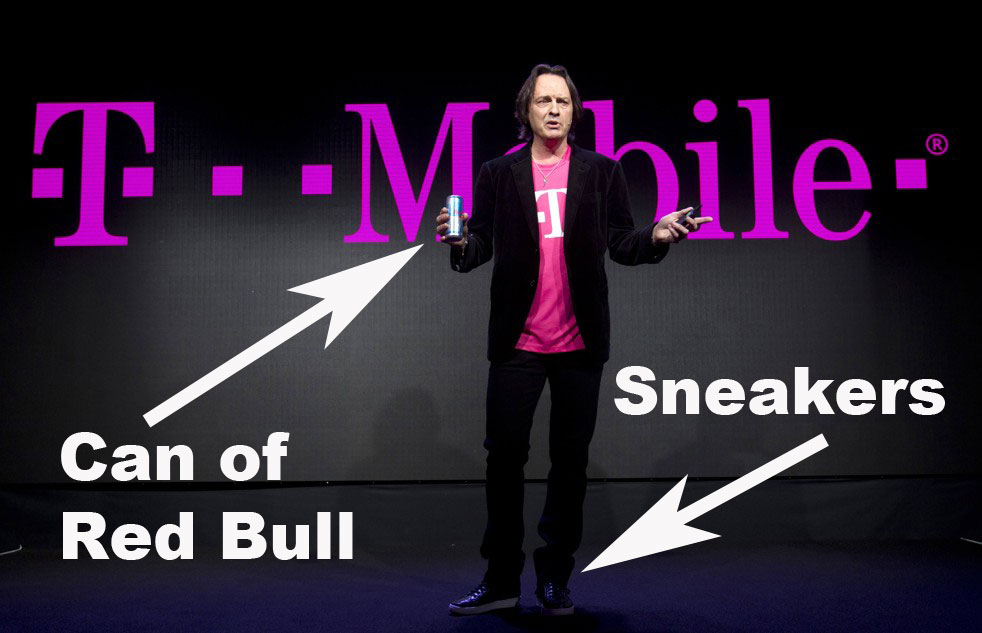 Then in his CES speech he goes on and bashes all the other carriers, Sprint…he basically describes them as the Red Headed Step Child of the mobile industry. He does mention about Sprint wanting to buy them out, but basically dances around the issue.

So now it’s official Sprint is merging with T-Mobile, but?John J Legere want’s to stay in charge…I hope so.

It makes me wonder at the point when he presented this speech if this “change in the mobile industry” was more a plan of Sprint than it was T-Mobile.